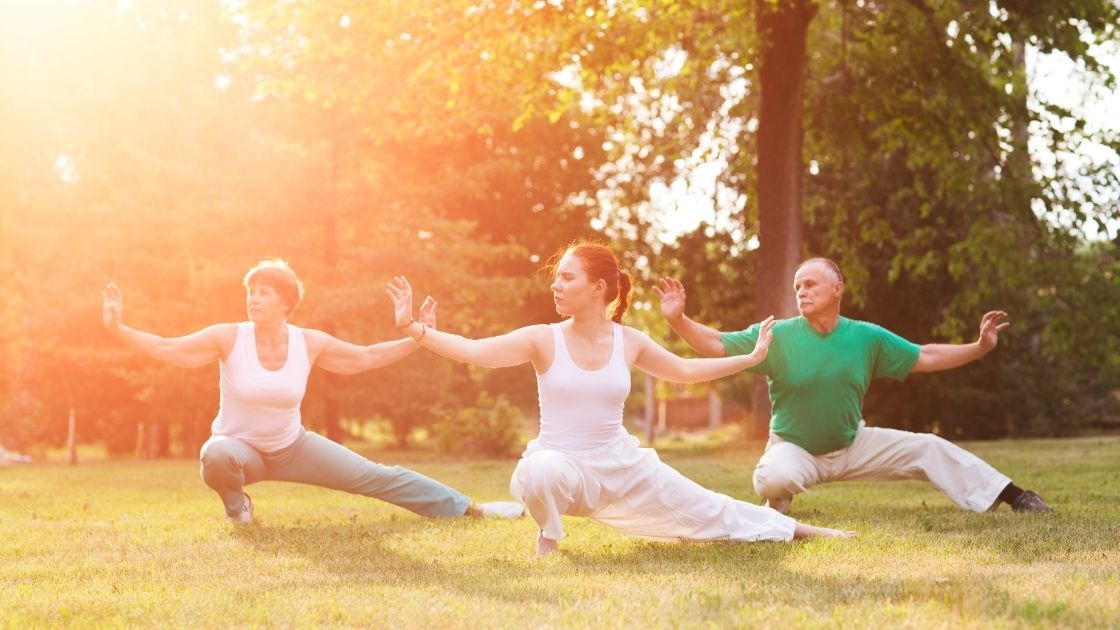 Kind of like pornography, we all know aging when we see it. There is a specific point when suddenly someone looks old. Like they have crossed some invisible threshold, moving from healthy and older into the twilight area at the end of life.

I’m not talking about gray hair or laugh lines that became more permanent. Nor the middle ages spread or some stiff joints when getting up from a chair.

What causes this indefinable aura of old age? A big component of looking old is the loss of muscle mass that accelerates towards the end of life. Called sarcopenia, the loss of lean muscle mass is something we all instinctively recognize as “old”, whether in our pets or relatives.

The harsh reality is that we all start losing muscle mass after age 30, and the loss of strength, without intervention, is exponential. Muscle loss starts off really slowly, then suddenly skyrockets towards the end of life.

As we get older, we should focus on preventing age-related muscle loss before it happens. Regaining muscle strength is a whole lot harder in aging.

Why do we instinctively see muscle loss as ‘old’? It is a physical indicator of what is going on inside.

Good news: Sarcopenia, the loss of lean muscle, is reversible, even in aging. But often the change in muscle mass shown in the research studies is small, barely enough to overcome the rate of loss.

The key: the best bet is likely a multi-pronged intervention. Instead of just one pill, one diet change, or one exercise, to have a relevant impact multiple changes may be needed.[ref]

It seems like a no-brainer that exercise prevents muscle loss. Let’s dive into the research to see exactly what is effective and how much of a result can be experienced.

Aerobics vs resistance exercise: A trial in older, overweight adults found that while strength increased more in the group lifting weights, both the aerobic and resistance training group lost lean muscle mass over the course of the 6-month long intervention. The exercise wasn’t useless, though, because in that period the control group lost even more lean muscle.[ref]

You may be thinking, “Meh – not all that impressive”. While definitely not the gains found in younger people, the research clearly shows that exercise can help to prevent muscle loss and perhaps increase muscle mass a little bit. Tai Chi stands out for improving walking gait the most, while high-intensity resistance training improved muscle mass in men.

Even though many studies have focused on using protein powders or whey supplements, a recent study found that one specific amino acid stands out as important in preventing sarcopenia.

Leucine is an essential amino acid used in the synthesis of proteins. Dietary sources of leucine include meat, dairy, and fish.

A randomized controlled trial in older patients with sarcopenia found that leucine supplementation increased the skeletal muscle index and handgrip strength more than a control group. Both the intervention group and control group (no leucine) did low-intensity resistance training in a post-stroke rehab program.[ref]

Vitamin D may help to increase muscle mass in older people who are vitamin D deficient.[ref]

Chronically elevated inflammatory markers are a hallmark of aging. This increase in inflammation is implicated in many of the diseases of aging, such as heart disease, diabetes, neurodegeneration, and sarcopenia.

Quercetin is a supplement that can decrease TNF-alpha. Animal research shows that quercetin can protect against TNF-alpha-induced muscle atrophy.[ref]

In addition to quercetin, the polyphenols resveratrol and curcumin may also help to decrease chronic inflammation. Animal studies also show that these polyphenols may help improve muscle strength and regeneration.[ref]

The studies on exercise, vitamins, or nutritional intervention all show they help to maintain muscle and prevent further loss. To be honest, the clinical trial results aren’t all that impressive to me. If I’m going to do high-intensity resistance training several times a week, then I want to see real results.

A single pill or a single type of exercise may not be enough. Instead, attacking age-related muscle loss with several combined interventions seems to be much more efficacious.

Omega-3 plus Weight lifting: A clinical trial that included resistance exercises, such as leg presses and knee extensions, showed that omega-3 supplementation along with weight lifting may give a little extra benefit. The omega-3 supplementation group had a slight decrease in IL-6 (an inflammatory cytokine) and an increase in strength in specific exercises. The placebo group was taking a corn oil supplement, and they actually lost a little strength. While not an overwhelming result, it does show: either omega-3 is good – or – corn oil is bad.[ref]

Multi-domain lifestyle intervention for the win: A clinical trial in people who were either pre-frail or with sarcopenia showed combining nutritional, cognitive, and physical intervention reversed sarcopenia after 3 to 6 months. This result was compared to each intervention separately, which improved sarcopenia somewhat but failed to reverse it. The combination also reduced inflammatory markers. The nutritional intervention included leucine and vitamin D, B6, B12, and folate. Cognitive training included learning strategies for recall, doing puzzles, and attending training classes for 12-weeks. The exercise portion of the intervention included resistance exercise and balance training (two 90-minute sessions per week)

Leucine is available as a stand-alone supplement or as a part of whey protein supplements.

Vitamin D is readily available via sun exposure, or you can supplement with it when sun exposure isn’t possible. Personally, I prefer to use a vitamin D supplement that doesn’t include soybean oil. There are coconut oil options available with vitamin K2 or without.

As always, the links are not intended to be brand recommendations. Read the reviews and go with the option that best fits your personal needs.

What about exercise? Tai Chi, resistance bands, body-weight exercises all seem to be beneficial. Whether home-based or with a physical trainer, all exercise seems to help. Perhaps a combination or mixed routine would be beneficial?