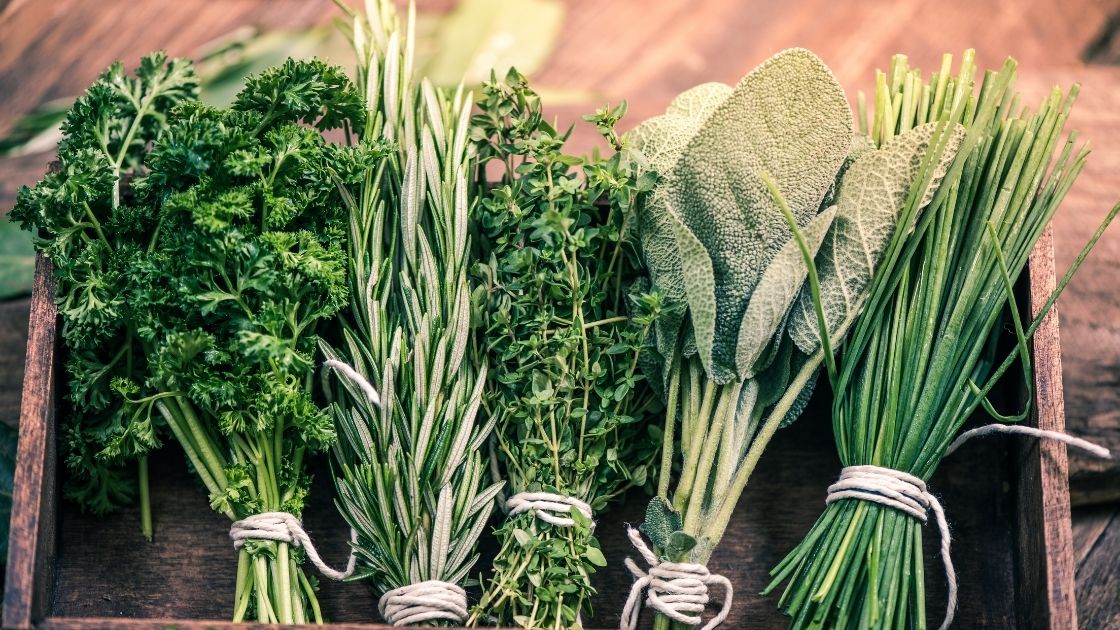 Luteolin is a flavonoid found in herbs and vegetables. Research shows that it has numerous anti-inflammatory and antimicrobial effects. Additionally, some research shows that luteolin may help to stop the proliferation of certain cancer cells.

The goal here is to simply present a balanced view of the studies and clinical trials on luteolin as a supplement. You can decide if it is worthwhile to add it to your arsenal of natural supplements.

Flavonoids, such as luteolin, are produced by plants as a cellular defense against microorganisms or UV radiation. Many of these molecules also bring cellular health benefits to us when we consume them.[ref]

O-glycosylation of amyloid precursor protein is required for the production of amyloid β, which builds up in plaques in the brains of Alzheimer’s patients. Inhibiting this process, at least in theory, could decrease amyloid β in the brain. Let me emphasize, this is theoretical and not proven in human studies.

In a mouse study of Alzheimer’s, luteolin protects against amyloid β memory dysfunction and also increases levels of endogenous antioxidants including Mn-SOD, Cu/Zn-SOD, and glutathione.

Let me emphasize here, though, that mouse and cell studies don’t always pan out when it comes to Alzheimer’s research…

Luteolin as an anti-inflammatory:

Other studies point to luteolin reducing IL-6 (an inflammatory cytokine) production in response to bacterial infections.[ref]

Luteolin and apigenin (another flavonoid) have shown to inhibit IL-31 and IL-33 in microglial cells.[ref] IL-31 is an inflammatory cytokine produced by activated T lymphocytes and it plays a role in chronic inflammatory diseases.

Luteolin can act as a mast cell stabilizer and reduce histamine release.[ref][ref] This may be of benefit to anyone dealing with mast cell activation syndrome or histamine intolerance.

The ‘brain fog’ term applies to the inability to think clearly or concentrate. Some researchers think that brain fog is due to inflammation and histamine release. They theorize that luteolin should be helpful for brain fog, pointing to studies on it improving attention in kids with autism.[ref]

Animal studies show that luteolin has a sleep-inducing effect – at least when given along with a sleep drug.

I also wanted to point out that histamine is an alerting neurotransmitter, so it makes sense that if luteolin decreases high histamine levels it may help some with sleep. Think Benedryl (antihistamine) making you sleepy…

Luteolin as an antimicrobial:

First, let me plainly state that I’m not implying that anyone should treat their cancer themselves using a supplement. (That would be ludicrous.) Instead, the research overview presents general information on cancer prevention.

The consumption of fruits and vegetables has links to a reduced risk of cancer in epidemiological studies. But epidemiological studies that ask people what they eat and then associate that with an outcome are really just vague pointers towards a possible link. Perhaps people who naturally eat a lot of vegetables also have genetic variants in their taste receptors (likely) — and those variants also impact cancer (less likely).

While it is great that luteolin works to stop a number of different types of cancer cells from proliferating in a petri dish, the question remains as to whether this works at levels that can be obtained in vivo. In other words, can you take enough supplemental luteolin to actually make a difference – without side effects?

Clinical trials on luteolin for cancer prevention are lacking.

What about just eating foods rich in flavonoids? A trial that looked at cancer prevention from the consumption of flavonoid-rich vegetables, including luteolin content, found no difference in cancer risk among women who consumed the most flavonoids compared to the least.[ref] Another trial, specific to ovarian cancer, also found no difference in cancer risk with higher consumption of luteolin (or other flavonoids). Likely, supplemental doses would be needed to see any effects.

Luteolin for skin and sunburns:

When it comes to cholesterol, you want the right amount and the right type. The answers surrounding how much and what type, though, are still not entirely clear.

In general, apoB-containing lipoproteins, such as LDL and chylomicron remnants, have links to plaque buildup in the arteries (not good).[ref]

Absorption and Metabolism of luteolin:

Luteolin can be absorbed transdermally because it is a relatively small molecule.

Luteolin can absorb orally and then show up in the bloodstream after an hour to an hour and a half.[ref] It has a half-life of 5-7 hours.[ref]

Studies on colon cancer cells show that liposomal luteolin is much more effective than free luteolin.[ref]

Where to get luteolin:

A quick note of common sense: Talk to your doctor or pharmacist before taking luteolin if you have any questions. Luteolin may have estrogen interactions, so I would definitely err on the side of caution and avoid it while pregnant or trying to conceive.[ref]

Food sources, such as celery and parsley, contain luteolin, but to achieve the levels used in research studies, you would need to supplement.

Here are a couple of options for supplemental luteolin (read the reviews — not a plug for any particular brand here):