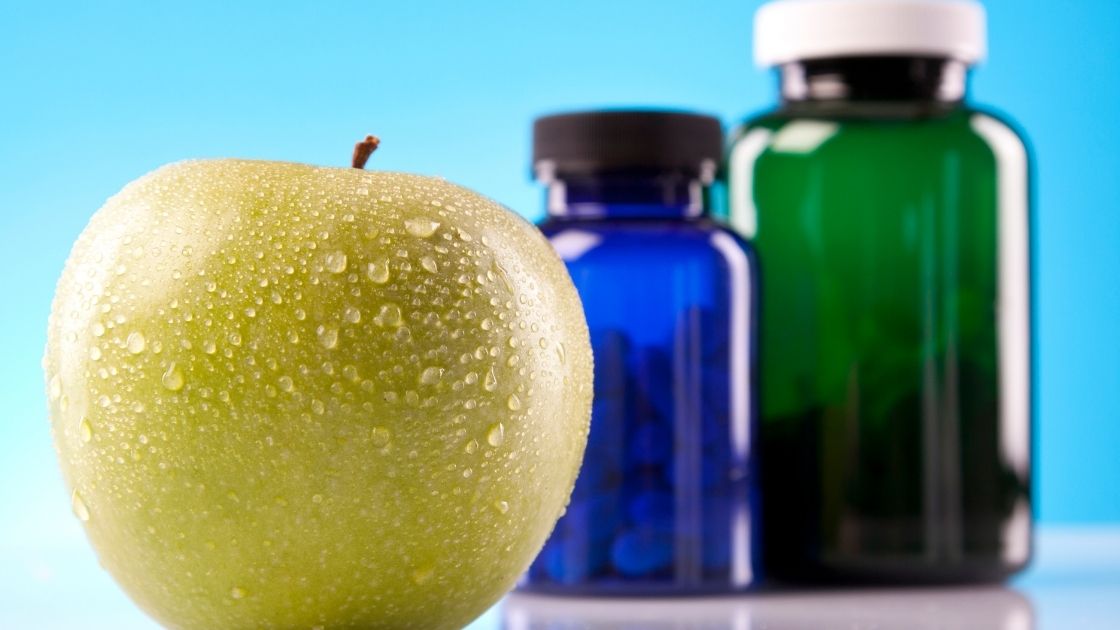 Cellular senescence is a natural process that stops the reproduction of cells. While senescence happens throughout life, in aging, an accumulation of excess senescent cells seems to be at the heart of many age-related diseases.

What is cellular senescence?

Senescence is when a cell can no longer divide and has been damaged — but yet the cell remains in place and doesn’t go through cell death.

Radiation, toxins, cellular stress, and cancerous mutations can all increase the number of senescent cells.

So what makes senescence so bad during aging? Why are damaged cells that just sit there and don’t grow – or die – bad? The answer is the dreadful SASP.

One of the biggest issues with senescent cells is that they give off signals known as “Senescence Associated Secretory Phenotype’ or SASP.

If the senescent cell lingers longer than it should, these inflammatory signals cause damage to other surrounding cells and cause an overall increase in chronic inflammation in the body.

Naming names: SASP initially may consist of factors that are immunosuppressive such as TGF-β1 and TGF-β3, but as time goes on, the signals given off are more proinflammatory including TNF-alpha,  IL-1β, IL-6, and IL-8.  But not all senescent cells give off the same signaling molecules or export the same exosomes. Additionally, alterations in microRNAs, proteases, and an increase in reactive oxygen species are associated with SASP.[ref]

Estimations state that 30-70% of senescent cells develop a SASP signature.[ref]

While it is possible to target individual inflammatory cytokines, such as reducing TNF-alpha, the bigger picture when it comes to inflammation in aging is to clear out the senescent cells that are giving off the inflammatory signals.

What does increased senescence cause?

Here is a partial list of chronic diseases of aging that are caused, at least in part, by cellular senescence:[ref][ref]

Why is senescence such a problem in aging?

Younger people can keep senescence in balance, with their immune systems clearing out the cells in a timely fashion.

I don’t know that the question of why senescent cells accumulate so rapidly starting around age 60 has been fully answered yet in research.

Some researchers think that the body reaches a threshold at which it can no longer clear out enough senescent cells and accumulation starts to occur rather rapidly. Contributors to cellular senescence include DNA damage (toxins, radiation), cellular stress from reactive oxygen species, lipid toxicity, hypoxic stress, inflammation, and more.[ref]

Senolytics are drugs or natural compounds that decrease the burden of senescent cells. These molecules cause senescent cells to undergo apoptosis or cell death, while not killing healthy cells.

While we have known about cellular senescence since the 1960s, the science showing that these cells can be targeted and removed by certain molecules is less than a decade old.[ref]

One of the first senolytic drugs developed/discovered is dasatinib, which is a tyrosine kinase inhibitor used as a type of chemotherapy for leukemia. Specifically, dasatinib inhibits EFNB1 (ephrin B), a type of tyrosine kinase.

Of note here, not all tissue types have the same type of SASP, and some of the senolytics may better target specific tissue types than others.

It takes weeks to months for senescence cells to develop and to start giving off a SASP signature signal. So senolytics are often used only periodically instead of on a continual basis.[ref] The goal is to give your body’s natural ability to clear out senescent cells a periodic boost.

In most research studies, senolytics are used at high doses but just for a few days. This may then be repeated after a couple of months. Clinical trials are still ongoing to determine the more effective schedule and dosing.[ref]

Until pharmaceutical senolytics go through clinical trials and are readily available for treating aging as a disease, many of us are left with relying on natural plant compounds that act as senolytics.

Heads-up:  Talk with your doctor before starting any supplements. Many natural substances can interact with pharmaceutical drugs, so check for interactions with any medications that you are on.

One of the first natural substances investigated as a senolytic was quercetin. Many studies stack quercetin with dasatinib for a synergistic effect — attacking senescence in multiple ways.

Quercetin is a flavonoid found in apples, onions, and many other fruits and vegetables in small amounts.

A recent (small) clinical trial investigated the effect of a combination of dasatinib (100mg/day) and quercetin (1,000 mg/day) in patients with chronic diabetic kidney disease. The study participants received dasatinib + quercetin for three days. After 11 days post-treatment, biopsies of adipose and skin cells along with blood samples were examined. The results showed a decrease in senescent cells after 11 days in adipose tissue and blood, but no statistical effect in skin cells.[ref]

Another recent (small) clinical trial used 100 mg/day of dasatinib plus 1,250 mg/day of quercetin in patients with idiopathic pulmonary fibrosis. Again, the participants took the combination for three days and then were tested later for improvements. The one statically significant improvement was in physical function (walking speed and chair-stand times).[ref]

Of note with quercetin: it seems to be much more effective in conjunction with dasatinib, and there are questions surrounding the efficacy of quercetin alone as a senolytic.

Fisetin is another naturally occurring flavone that works well as a senolytic. It acts as a selective BCL-x inhibitor.

Fisetin has shown in studies to selectively induce cell death in some types of senescent cells, but not all. For one, it doesn’t target senescent adipocytes (fat cells).[ref]

Importantly, animal studies also show that fisetin extends lifespan while reducing age-related problems.[ref] Extending healthspan is the goal for senolytics, so it is good to see that a natural senolytic can have this benefit (in animals).

In the epithelial cells of the lungs, an animal study shows that fisetin inhibits senescence and reduced pulmonary fibrosis.[ref]

Another animal study showed that fisetin reduces atherosclerotic plaque and downregulates the expression of PCSK9 (important in cholesterol levels).[ref]

There is currently a clinical trial underway with the Mayo Clinic in older women using fisetin with a goal of reducing frailty and inflammation. The dosage being used is 20 mg/kg/day (oral) for two days a month with the trial lasting two months.[ref]

Piperlongumine is a component of the fruit of the Piper longum (long pepper) plant.

There isn’t as much research on piperlongumine as the other natural compounds, but what is available is intriguing.

Several studies have shown that piperlongumine acts as a senolytic, selectively killing senescent cells. Interestingly, it works via targeting oxidative stress response proteins, which are elevated in senescent cells and cancer cells.[ref]

Piperlongumine may also act as an immunosuppressant for TH17. This may be beneficial for people with imbalanced T-cell differentiation, such as in autoimmune diseases, but of concern in other situations. Of note, the study showed the effect only when thiols were not present.[ref] Additionally piperlongumine may also act as an anti-clotting agent.[ref]

Curcumin, a component of the spice turmeric, is a readily available supplement that has some senolytic properties.

A study looking at the senolytic properties of curcumin and one of its metabolites, o-Vanillin, shows that it can clear senescent cells from intervertebral discs.[ref]

Animal studies show that curcumin, at higher doses, can act as a senolytic – in certain tissues.[ref]

Note that curcumin can act as a blood thinner.

Phloretin (Dihydronaringenin) is a flavonoid that has been investigated for its anti-cancer possibilities.[ref] It is a polyphenol found in apples and is metabolized to produced phloridzin.

Phloretin has shown in several cell and animal studies to have senolytic effects.[ref]

This seems to be a compound with potential, but with a lot more research needed.

While EGCG is not a senolytic, a cell study shows the EGCG increases SIRT3 activity, which may delay cellular senescence. The study used senescent adipocytes (fat cells).[ref]

Side effects from natural senolytics:

Gastrointestinal side effects are possible from higher doses of many of the natural senolytics.[ref]

Quercetin and fisetin both inhibit COMT and could lead to irritability, anger, or anxiety in people with COMT genetic variants. Maybe.

Anecdotally, fisetin at higher doses may cause a flu-like feeling.

Fisetin reduces blood sugar levels in animals. If you tend to have problems with hypoglycemia, you may want to be cautious with fisetin.[ref]

Where to find natural senolytics:

The amounts of these natural flavonoids used in the trials, whether human or animal, are much higher than what you could get from eating fruits and vegetables.

Quercetin is readily available at most health food stores and online via Amazon. Read the reviews and pick out your favorite brand of capsules or as a powder. Just as a warning – quercetin is a yellow powder that stains, so use caution if trying to create your own capsules with it.

Research shows that eating a meal that contains fat along with the quercetin supplement can increase bioavailability.[ref] Transdermal absorption of quercetin (mixed with oil/fat) is possible.[ref] Again, quercetin is yellow, and it stains the skin with a nice jaundice-like hue.

Dasatinib is a prescription medication in the US. It may also be available as a research chemical from some online peptide stores, but the question of quality and purity is one that you should investigate thoroughly before going down that path.

Fisetin is available as a supplement from several manufacturers either in capsules or as a powder. High-dose fisetin is used as a senolytic for just a few days at a time. Your better bet for higher doses may be to use the powdered form of fisetin. Note that the Mayo clinical trial (no results yet) is using a dose of 20 mg/kg/day for two days in older women.

Fisetin can also be applied topically and has been studied in animals for reversing photoaging.[ref][ref]

Piperlongumine seems to only be available as a research chemical. Long peppers are available as a food, but I don’t know that it would be possible to consume enough to make a difference as a senolytic. Apparently, long pepper is quite spicy.

Phloretin is available as a very expensive skincare product. I have no idea how well it works for skincare. Phloridzin, the metabolite of phloretin, is available in apple polyphenol supplements, but at low dosages (5% of supplement weight).