Your mitochondria are responsible for converting nutrients from food into energy in the cell.  Within the mitochondria, a bunch of reactions take place that moves electrons around, eventually resulting in the ATP molecules that the cells use for energy.

Mitochondrial dysfunction is implicated in many diseases of aging[ref]: 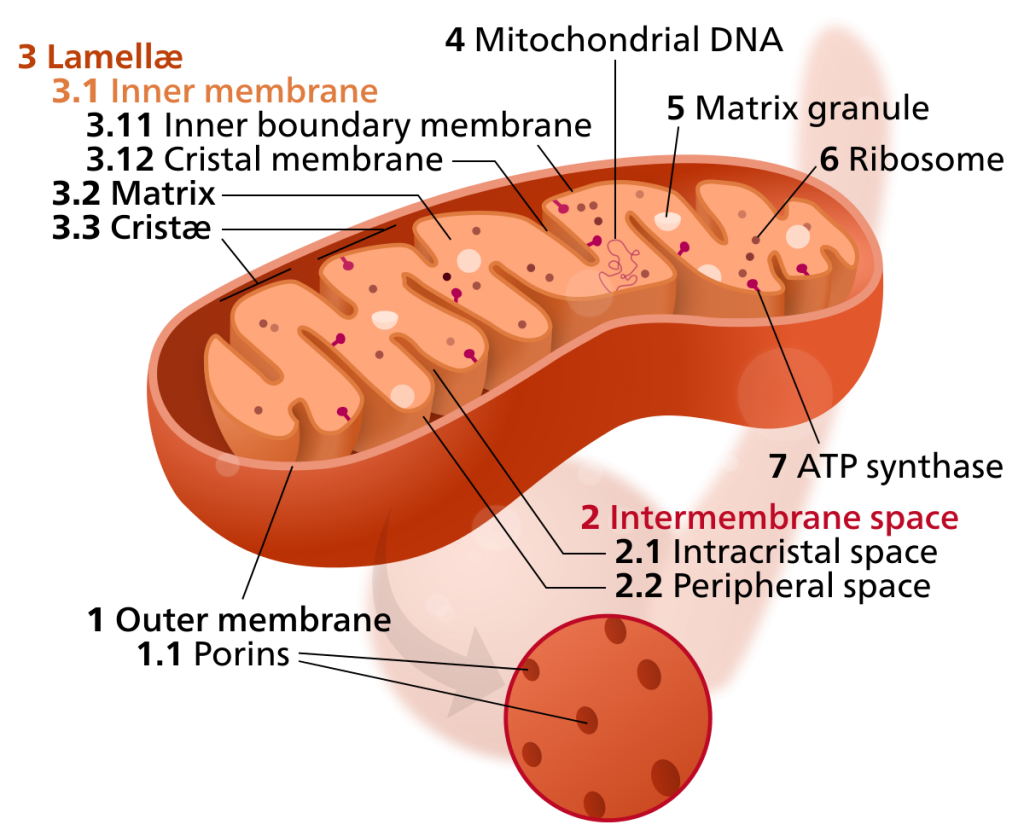 Causes of mitochondrial dysfunction in aging:

Mitochondrial numbers aren’t static – they can increase and decrease as a cell’s need for energy changes. While we often think of mitochondria as jelly-bean shaped organelles, they can change in size and shape, as well as fuse together or divide into two.