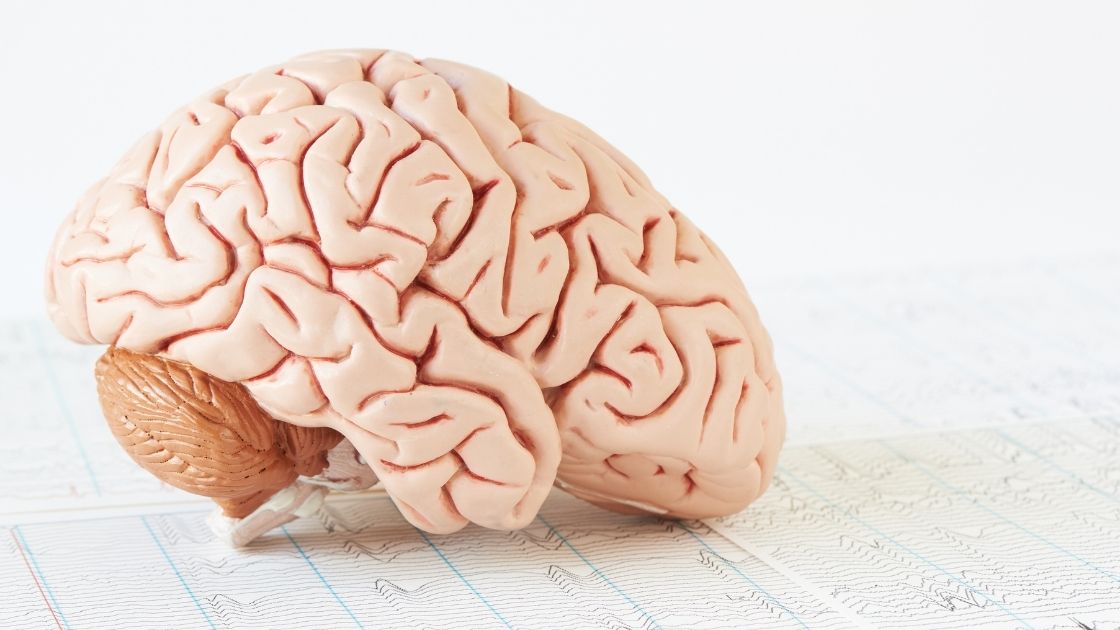 The glymphatic system, which was identified in 2012, is the network that clears out waste products from the brain and central nervous system.

Essentially, this system is the way that fluid surrounding the brain and spinal column moves out of the brain, carrying waste products with it. The glymphatic system is found in the areas alongside the arteries that bring in blood and oxygen and the veins that take the blood back to the heart.

The interstitial and cerebrospinal fluid that makes up the glymphatic system moves by the pulsing of the arteries in the brain. [ref][ref][ref]

The brain works hard all day, producing metabolites or by-products in many of its processes. The glymphatic system then moves the metabolites out of the brain – like a wastewater system cleaning everything up. The corollary for the rest of the body is the lymphatic system, which also moves fluids around.

Exactly how the glymphatic system works is a hot new research topic, so there are still a lot of unanswered questions here. I’ll cover the highlights of what is currently known and why it is important in healthy aging.

Let’s start with some background …

Why is the glymphatic system important?

Decreased glymphatic function is linked to neurodegenerative disorders in aging, such as dementia, Parkinson’s, and Alzheimer’s disease. No one wants neurodegeneration when aging…

What is the glymphatic system cleaning out?

One big thing that the glymphatic system clears is soluble amyloid-beta.[ref] Other waste metabolite proteins include alpha-synuclein and tau proteins.[ref]

Much of the research focuses on the above proteins because they are linked to neurodegeneration in aging. But the glymphatic system clears out many metabolites. The brain is a big energy user and thus waste produce.

Where does it come from?

When looking at interstitial fluid in the brain, a protein type known as aquaporin is important. Aquaporins are the cell membrane transport proteins that control the flow of water through membranes due to osmosis. Think back to high school chemistry and moving water across a membrane to balance out salts.

AQP4: While there are several different aquaporins in the nervous system, spinal cord, and sensory organs, AQP4 (aquaporin 4) is the important one in the glymphatic system. AQP4 on astrocyte membranes controls a large part of glymphatic function. Astrocytes are a type of brain and spinal cord cell that support the function of the neurons. Astrocytes do a lot – including producing nutrients and cholesterol for neurons as well as interacting with the blood-brain barrier. The AQP4 membrane protein on astrocytes is controlling the flow of water into and out of the brain. [ref]

Where does it go?

Initial research pointed to a flow of brain metabolic waste into the veins of the brain.[ref] The blood then takes the waste out to be taken care of in other parts of the body such as the kidneys and liver.

Other research shows that the glymphatic system drains into the cervical lymph nodes. [ref]

Sleep is essential for cleaning out the brain:

Did you know that we can go a lot longer without food than we can without sleep? All animals sleep, and for a long time, scientists weren’t exactly sure why.

In 2013, a landmark study on sleep was published in Science. The study explains how metabolites are cleared from the brain during sleep via the glymphatic system. It is an answer to the age-old question of “why do we sleep?” Laying down and sleeping is absolutely essential for brain function.

Recent research answers questions on whether it is just the lying down and resting or whether more processes are involve.

Glymphatic transport is increased during sleep… and most of us sleep laying down. It would make sense, then, that body position matters in the glymphatic system.

My take away: Sleep on my side whenever possible

What can you do to improve glymphatic function?

Researchers have known for a while that people with disturbed and fragmented sleep have higher than normal amyloid-beta levels. [ref] Sleep dysfunction and Alzheimer’s go hand in hand.

New research on the glymphatic system shows why the quality of sleep is so important in brain function. Deep, slow-wave sleep is when the most glymphatic flux takes place. [ref] Thus, if deep sleep is impaired due to aging, getting up a lot in the night (prostate problems?), or other sleep issues, the glymphatic system is not going to work as well.

Are you wondering how much time you spend in slow-wave deep sleep? Sleep trackers such as the Oura ring, woop strap, or Apple watch can help you quantify it.

I don’t know that any sleep tracker is truly accurate. Instead of obsessing over the exact amount of time spent in slow wave sleep, I use my sleep tracker (an Oura ring) to determine how different interventions impact my sleep – tracking whether it trends up or down.

Breathwork and the glymphatic system:

Ultra-fast fMRI study shows that breathing – and not breathing – affects the glymphatic system. The researchers found that voluntary breath-holding increases pulses in certain regions of the brain. When you hold your breath, CO2 levels increase, which causes dilation in the blood vessel in the brain. This is a dynamic process. Initially during a breath-hold, the pulses in the brain decrease, but then there is a compensation reaction that causes an increase in blood flow and oxygen. The fMRI showed that the cardiovascular pulses in the brain (moving the glymphatic system) increased in certain brain regions with breath holds. [ref]

Breathing well is important for oxygenation in the brain — and for the glymphatic clearance.

Breath training, such as the Wim Hof method or yoga breathing, may be something to look into for brain health.

The flip side here is that decreased respiration in older individuals could be contributing to decreased glymphatic movement. Additionally, sleep apnea could be having a negative impact on glymphatic waste removal during sleep. Sleep apnea increases the relative risk of Alzheimer’s.

A recently published study (June 2021) directly shows the connection in Alzheimer’s patients between brain activity during sleep and the glymphatic system’s ability – or inability – to clear out amyloid-beta. [ref]

I mentioned above that AQP4 – aquaporin 4 – is important for glymphatic clearance. AQP4 is a transporter that moves water and solutes from astrocytes into the glymphatic system. [ref]

Recent animal studies show that in type-2 diabetes models the glymphatic clearance is decreased by 3-fold. This is one explanation of the connection between diabetes and the progression of neurological diseases in aging. [ref]

More of a stretch…

Going out on a limb here, the following are a few more options that research points to:

Here’s a video on self-massage for the cervical lymphatic system: https://www.youtube.com/watch?v=QA-wi0d7-Ro

Omega-3 fats show promise in research on concussions and brain injuries. Mouse research shows that omega-3 fatty acid supplementation increased glymphatic clearance after a brain injury.[ref] Perhaps this is part of the protective role of fish oil in Alzheimer’s disease.

The research on the glymphatic system points to a solid reason to prioritize sleep quality for brain health.

How you go about doing this individually will vary.

There are all kinds of websites and books on ‘sleep hygiene’. Essentially, it boils down to blocking blue light from screens for an hour or two before bed and going to bed at a reasonable hour so that you can get enough sleep. Everyone is unique in what it takes to turn off the brain and go to sleep (or stay asleep). If you can’t sleep when it is hot, get a fan or air conditioner. If noise bothers you, try a white noise machine or move to a quiet place.

The key here is that it is worth putting a little time and effort into prioritizing sleep quality – but don’t obsess about it to the point of being stressed. For me, a Ken Burns documentary, especially that one on the Civil War, will lull me into a very deep sleep. So I encourage you to find your own Ken Burns documentary… In other words, have a plan for how to get back to sleep if you are an early waker, or know what makes you sleep if you have trouble drifting off.